Simply share this product on one of the following social networks and you will unlock 15% off!

Thank you for sharing!

Copy the discount code below and paste it at checkout to get your discount!

Get in touch with us

Currently there are no items in quick compare list

Freya is the Norse goddess of everything feminine: love, beauty, sex, fertility, and gold. However, she was also at times associated with war and death. Her name translates to “(the) Lady. 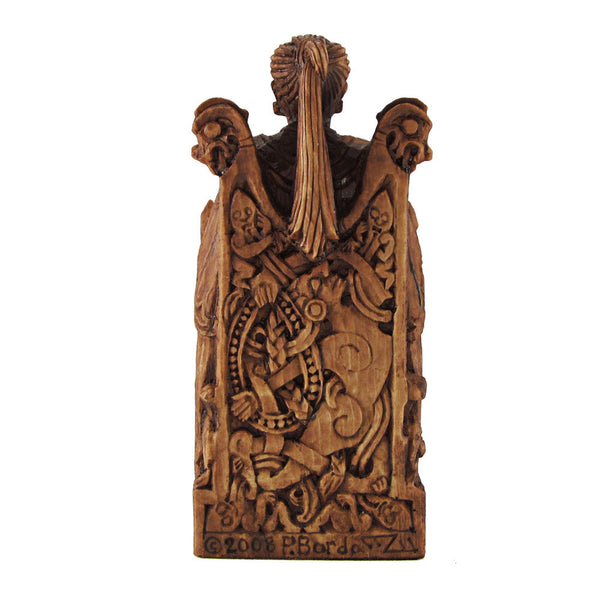 The daughter of Njord, the sea god, and an unnamed mother, Freya was born into the Vanir tribe of gods, but she later became an honorary member of the Aesir gods. Her brother was Freyr and her husband Odr, with whom she had two daughters, Hnoss and Gersemi. Her brother Freyr, is associated with fine weather and good fortune, and also said to be an ancestor of Swedish royalty.

In late Old Norse literature, Odr and Odin, the father of the gods, are most likely the same person. Many theories supported by literary sources would, therefore, also have it that Freya and Frigg, Odin’s wife, are ultimately identical.

The most common symbol associated with Freya is the Brisingamen Necklace – a necklace that sparkled and shined so beautiful that Freya was willing to go to extreme lengths to have it.

Legend states that one night, Freya wandered into the land of the Dwarfs. There, she saw four of them making the most beautiful golden necklace. She told them that she would pay them any amount of gold and silver for it.

However, the Dwarfs were not interested in money. They told Freya that the only way they would give her the Brisingamen was if she would sleep with each one of them. Freya loathed the idea of sleeping with the hideous Dwarfs, but her desire burned so strongly for the Brisingamen that she agreed to their demands. After four nights of sleeping with each one, they made good on their deal, and gave it to her. 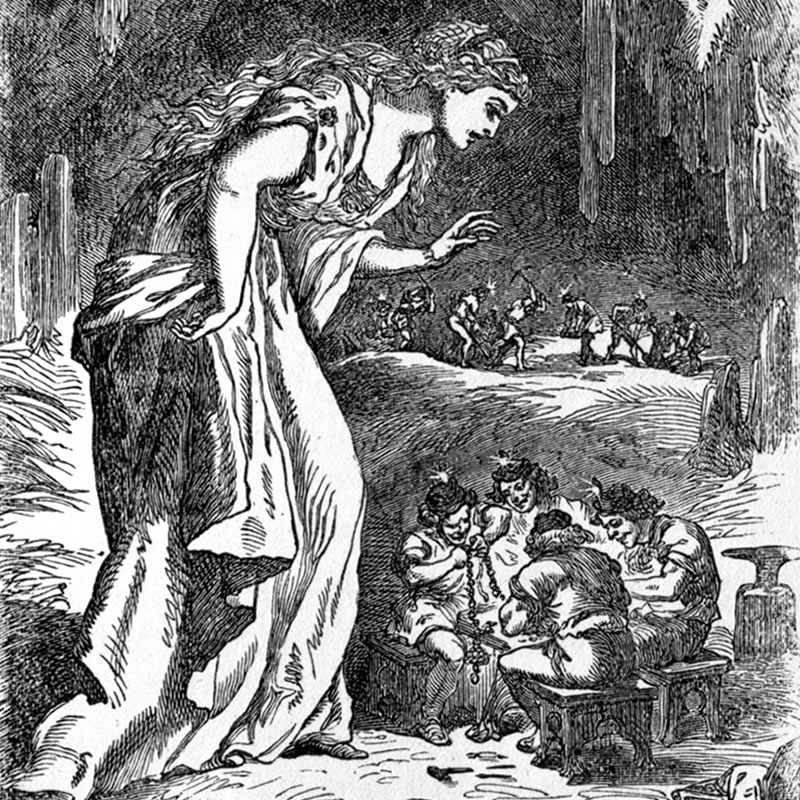 Freya in the Dwarfs’ Cave. The Heroes of Asgard : Tales from Scandinavian Mythology. Illustrated by Charles Huard.

Another symbol Freya is associated with is her golden chariot pulled by two blue cats, a gift from Thor. Sometimes she also rode the boar Hildisvini, who was her faithful companion.

Freya is the Norse goddess of love, sex and fertility. As the goddess of love and sex, Freya was sought after by prominent Jotnar, the giant gods who were constantly at war with the Aesir. The Jotnar wanted her hand in marriage.

It is also believed that Freya was the first to bring the art of seidr, a type of sorcery practiced during the Late Scandinavian Iron Age, to the gods. She had the knowledge and power to control others’ good fortune and desires.

Another privilege Freya had was that she chose the first half of the warriors killed in battle to stay in her afterlife realm Folkvang. Odin received the other half in Valhalla, his palatial home.

The similarities between Freya and Frigg run deep. Both were accused of infidelity by Loki, the trickster god. In a poem in the Poetic Edda, he even accused Freya of sleeping with her brother. Similarly, legend has it that Frigg slept with Odin’s brothers, Vili and Ve.

The infidelity supposedly took place when Odin or Odr was away. Odin was known to travel far and wide within the Nine Worlds of Norse cosmology. Freya is said to have cried tears of red gold over her husband’s absence. Despite her infidelity, she searched for him wearing her magical feathered cloak, which allowed her to cover big distances quickly in the air. 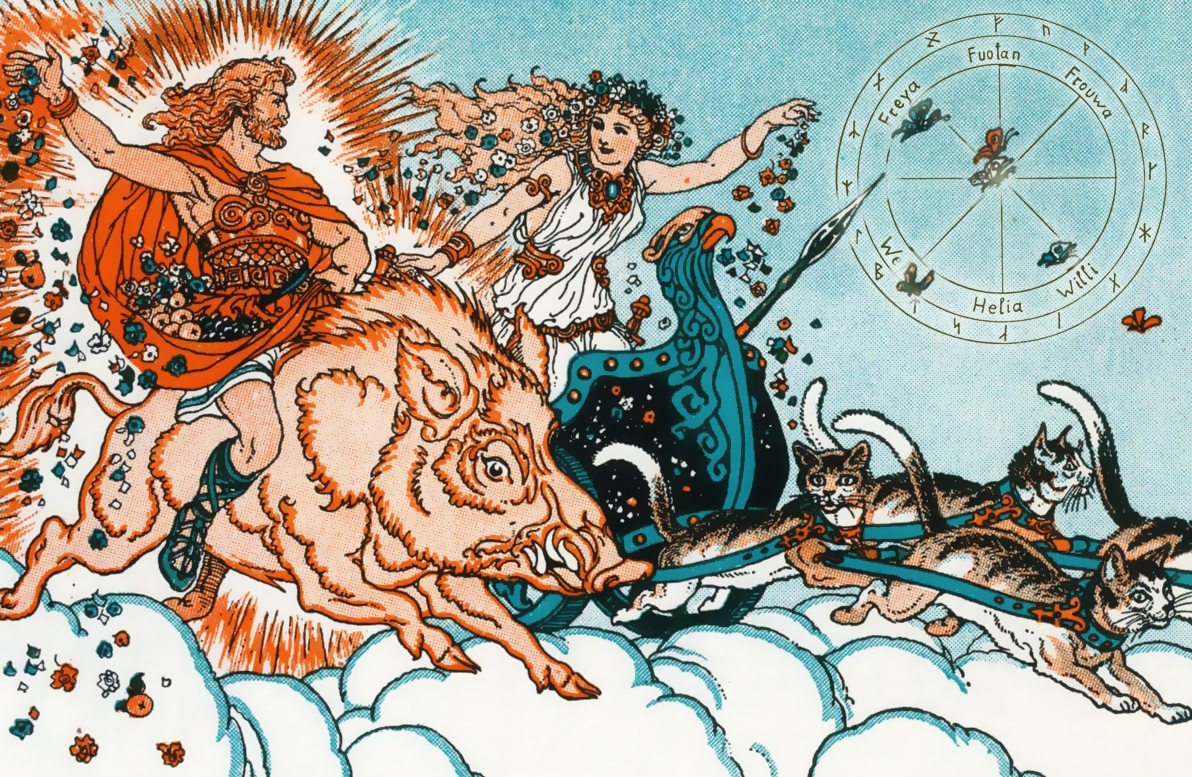 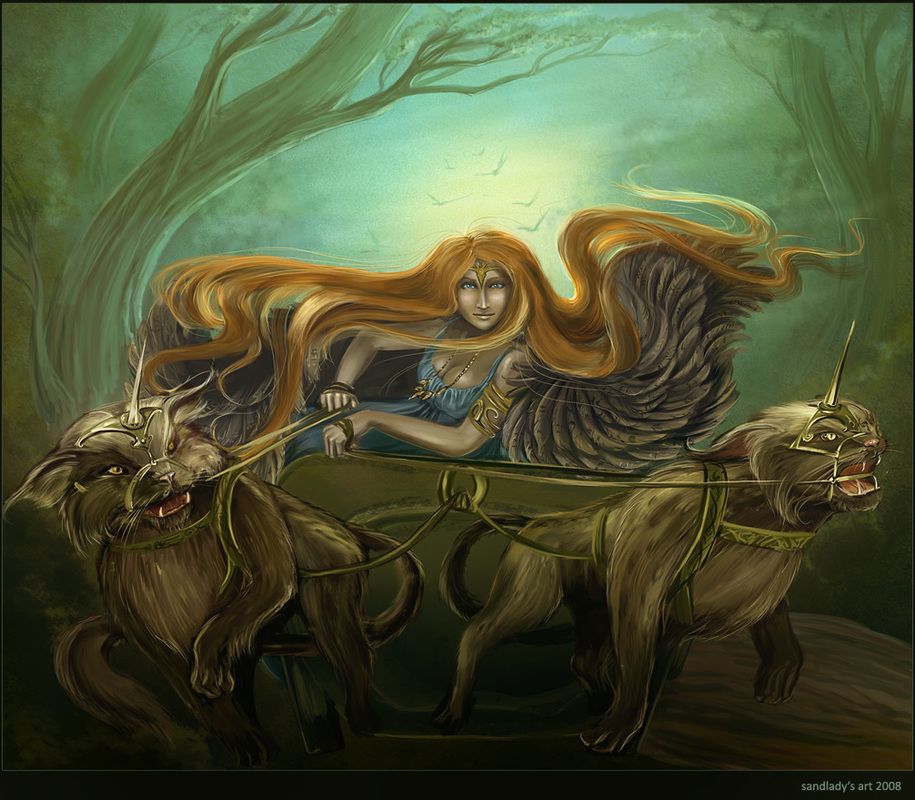 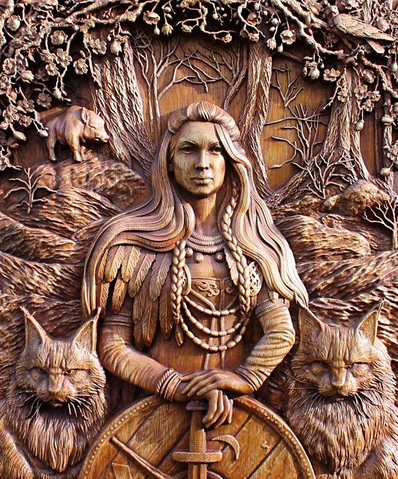